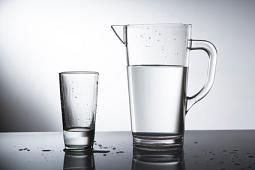 In the beginning there was water—abundant, refreshing, providing everything the body needs to replenish the fluids it loses. Humans relied on it as their only beverage for millions of years. Milk came next, with the advent of agriculture and the domestication of animals. Then beer and wine and coffee and tea, all drunk for taste and pleasure as much as for the fluids they provide. The newcomers—soft drinks, sports and energy drinks, and the like—offer hydration but with a hefty dose of unnecessary calories that the body may have a hard time regulating.

With so many choices, all with different, sometimes unexpected effects on health, it’s easy to be confused about the “best” beverages for health. This prompted a group of nutrition experts from across the U.S. to form the independent Beverage Guidance Panel. These six researchers, including Dr. Walter C. Willett of the Harvard School of Public Health’s Department of Nutrition, reviewed the evidence on beverages and health and ranked categories of beverages into six levels, based on calories delivered, contribution to intake of energy and essential nutrients, and evidence for positive and negative effects on health. (1) The winner? Water. But that doesn’t mean that water is the only beverage that’s good for your health, or that everyone needs to drink eight glasses of water a day.

Beverage Guidelines from the Experts
The Beverage Guidance Panel distilled its advice into a six-level pitcher, much as food experts have done with the food pyramid. The group published its recommendations in the March 2006 issue of the American Journal of Clinical Nutrition. Here is a description of each level:

Level 1: Water
Water provides everything the body needs—pure H2O—to restore fluids lost through metabolism, breathing, sweating, and the removal of waste. It’s the perfect beverage for quenching thirst and rehydrating your system. When it comes from the tap, it costs a fraction of a penny per glass. Water should be the beverage you turn to most of the time.

It’s impossible to set a single requirement for how much water the hypothetical average American needs each day. The amount you need depends on how much you eat, what the weather is, and how active you are. So instead of setting an estimated average requirement for water, as it has done for other nutrients, the Institute of Medicine has set an adequate intake of 125 ounces (about 15 cups) for men and 91 ounces for women (about 11 cups). (5) Note that this is not a daily target, but a general guide. In most people, about 80% of this comes from beverages; the rest comes from food. As for the oft-repeated nutrition advice to “drink eight glasses of water every day,” there’s little evidence to support it, but this would be one excellent way to fulfill most of a person’s fluid requirement.

Level 2: Tea and Coffee
After water, tea and coffee are the two most commonly consumed beverages on the planet. Drunk plain, they are calorie-free beverages brimming with antioxidants, flavonoids, and other biologically active substances that may be good for health. Green tea, especially the strong variety served in Japan, has received attention for its potential role in protecting against heart disease, while coffee may help protect against type 2 diabetes. (2, 3) More research on the health benefits of tea and coffee is needed, but one thing is for certain: The addition of cream, sugar, whipped cream, and flavorings can turn coffee or tea from a healthful beverage into a not-so-healthful one. For example, a 16-ounce Mint Mocha Chip Frappuccino with Chocolate Whipped Cream contains 470 calories. Tucked in this beverage (which is actually closer to a dessert) are 12 grams of saturated fat—nearly a day’s worth—and 71 grams of sugar, the equivalent of 17 teaspoons of sugar. (4) Keep in mind that for pregnant women, the jury is still out on whether high coffee or caffeine intakes increase the risk of miscarriage, but it seems prudent to limit caffeinated beverages to one cup per day. Learn more about coffee and health.

Level 3: Low-Fat and Skim Milk and Soy Beverages
For children, milk is a key source of calcium and vitamin D. Fortified soy milk is a good alternative source of calcium and vitamin D for those who prefer not to drink’s cow’s milk. Both are also good sources of protein and other essential micronutrients. Low-fat milk, sold as 1% or 1.5% milk, or skim milk, which is virtually fat-free, are the best choices because they contain much less saturated fat than reduced-fat milk or whole milk, which contain 2% and 4% milk fat, respectively. Even low-fat milk is high in calories, and high levels of consumption may increase the risk of prostate and ovarian cancer (see The Nutrition Source article Calcium and Milk: What’s Best for Your Bones and Health? for more information). So it’s best for adults to limit milk (and all dairy products) to a glass or two a day; less is fine, as long as you get enough calcium from other sources. For growing children, the ideal amount of milk and calcium is less clear, but not pushing beyond two glasses of milk per day appears to provide sufficient nutrition without being excessive.

Level 4: Noncalorically Sweetened Beverages
So-called diet sodas and other diet drinks are sweetened with calorie-free artificial sweeteners such as aspartame (Equal®, NutraSweet®, others), saccharin (Sweet’N Low®, Necta Sweet®, others), or sucralose (Splenda®); a new addition to the market are drinks sweetened with stevia, a calorie-free sweetener made from the leaves of a South and Central American shrub. These diet drinks are a better choice than sugar-sweetened soft drinks because they are lower in calories. But the possibility that they may contribute to weight gain suggests that they aren’t an innocuous alternative to water, and should be drunk as the occasional treat rather than as a daily beverage. For those who find it difficult to give up full-calorie soda, these may be useful in making the transition to healthier beverages, like a nicotine patch can do for smokers.

Level 5: Caloric Beverages with Some Nutrients
This category includes fruit juice, vegetable juice, whole milk, sports drinks, vitamin-enhanced waters, and alcoholic beverages. Each has its pluses and minuses. One-hundred-percent fruit juice has most of the nutrients of the fruit itself, but it usually delivers more energy. The Dietary Guidelines for Americans recommends no more than one serving (4 ounces) of 100% fruit juice as part of the daily fruit intake. Fruit smoothies are usually very high in calories, and so aren’t recommended as daily beverages. Vegetable juice is a lower calorie alternative to fruit juice, but may contain a lot of sodium. Whole milk is a good source of calcium and vitamin D, but has nearly twice the calories as skim milk. Whole milk is also a significant source of saturated fat, with 4.5 grams per glass. Sports drinks have fewer calories than soft drinks, and offer small amounts of sodium, chloride, and potassium. They aren’t needed by casual athletes or daily walkers. The only people who really need them are endurance athletes who exercise for more than an hour at a stretch and who sweat a lot. Vitamin-enhanced waters, meanwhile, are not necessary for anyone who takes a daily multivitamin, and adding vitamins to a sugary drink does not make it a healthy choice. Alcohol may have benefits for some but may be hazardous for others, and entire books have been written on the subject (see The Nutrition Source article Alcohol: Balancing Risks and Benefits for more information).

Level 6: Calorically Sweetened Beverages
The Beverage Guidance Panel gave its “least recommended” designation to beverages that are sweetened with sugar, high-fructose corn syrup, or other high-calorie sweeteners and that have few other nutrients. These include carbonated and noncarbonated soft drinks, fruit drinks, lemonade, and other “ades.” They get the thumbs down as a daily beverage because they provide so many calories and virtually no other nutrients. Routinely drinking these beverages can lead to weight gain and increase the risk of type 2 diabetes. Fruit smoothies, many flavored coffee and tea drinks, and some so-called energy drinks also fall into this category. (For a handy guide to the calories and sugar in popular beverages, see How Sweet Is It? on The Nutrition Source.)

We use cookies to ensure that we give you the best experience on our website. If you continue to use this site we will assume that you are happy with it.AcceptNo