Countries With The Highest Levels Of Soft Drink Consumption    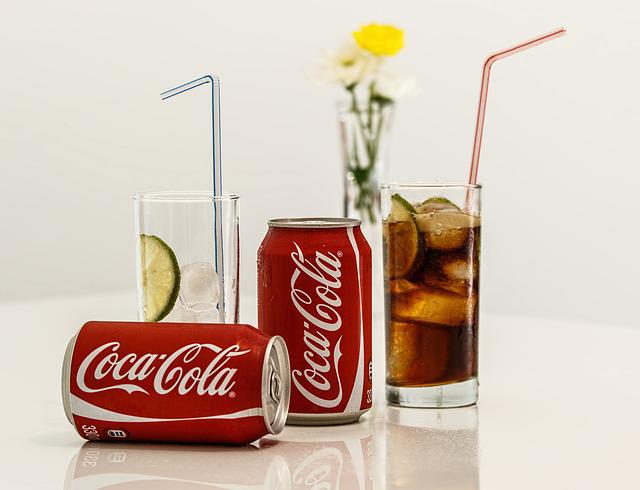 This article was published in worldatlas.com website on April 25 2017

The term “soft drink” usually refers to a flavored, carbonated, non-alcoholic beverage, including those that use caloric (such as sugar or high-fructose corn syrup) and non-caloric sweeteners (such as aspartame or sucralose) alike. The consumption of soft drinks is becoming an ever growing part of unhealthy lifestyles, especially amongst the world’s youth. It becomes increasingly popular in the summer seasons for, as the temperatures rise ever higher, their sweeteners, fizz, and flavorings seem all the more appealing. The most harmful effects of soft drink consumption is that its high sugar content can contribute to the development of obesity, dental decay, and the weakening of bones. Furthermore, even “Diet” soft drinks, which are calorie- and sugar-free, are increasingly being pinpointed as causes of negative health outcomes. While soft drinks are popular the world over, below is a list of the top per capita soft drink-consuming countries in the world.

The consumption of soft drinks or soda is very high due to increased amounts of intake by the Bolivian people, which currently stands at nearly 89 liters per capita. As this country is a leading producer of sugar, the soda companies get benefits from the sweet crop. Coca-Cola, which tops the purchases in the country, targets the young Bolivians. The government has also made plans to put a ban on it because of the many health hazards caused by the drink, as its consumption is actually still becoming more widespread yet these days.

People intake 89 liters per capita of the soft drinks consumption, which has actually boosted sales of its market. The other main factor is high spending nature, warm climatic conditions, and a ban on alcoholic (“hard”) drinks in the country. The consumption is the highest with 347 servings in the recent years. This has made the government to ask Coca-Cola and PepsiCo to issue health warnings on the packs which they are selling in the local market.

The soft drink consumption amongst the people of Norway has actually seen a growth in the recent years, and the research reports have shown the cases of mental health problems amongst the adolescents associated with this trend. The findings have shown that per capita consumption in the country is nearly 98 liters, which is high on the list globally. There are many aerated drinks which are sold by the companies, while the Coca-Cola and PepsiCo brands top the chart. Many flavored fizz drinks were also sold during the recent years which have increased the sales further.

The consumption of soda by the people in Germany is 98 liters per capita annually as reported by the statistics from the Euro Monitor. The reports showed a drastic change in the consumption, as many more German people are seen preferring carbonated drinks. The caffeine-oriented drinks are most dynamic in the present German market, which has given boost to the sales of the companies. Some of the brands which are sold in the country are Fanta, Sprite, Delta, Mezzo Mix, and Coca-Cola. But the market is said to face the decrease in the coming years due to the government’s plans to curb health problems, and its aging population is also one of the factors.

The Belgian nation in recent years has seen an all-time maximum intake of soda consumption due to its modern lifestyle, which is nearly 109 liters per capita. Due to this, many health problems have emerged amongst the children, such as obesity and other chronic diseases which have increased at an alarming rate. Even to boost up their sales, the soda drink companies have launched aerated drinks with lower amount of sugar, and other relatively healthier drinks as well. The government has planned to put a soda tax so as to drive the funds towards the financing of the health campaigns and to reduce the soda consumption.

The country’s market has seen an increase in sales of the soda-related products in the recent years. The consumption of soda drinks is nearly 113 liters per capita, which is significantly higher as compared to the past years. As soon as the earnings and the economy stabilize, people tend to like to spend more on the soda drinks. This has also caused many health problems, especially related to bones and dental decay, amongst the people.

Mexico is one of the leading consumers of the soda drinks in the world, and ranks fourth in the consumption of aerated drinks. The people of the country are some of the biggest consumers in the world, drinking nearly 137 liters per capita. It is growing at an alarming rate, and even the negative reports about the drinks have not put any impact on the consumption of these drinks. The researchers have reported that most of the people are suffering from obesity issues which have led to more spending on healthcare. As a result, the government has put up a soda tax, and it is believed that it will definitely cut down on the sales of these aerated drinks.

This Latin American nation of Chile has also been reported to be one the largest consumers of soft drinks in the world, as an international report suggests that people there consume 141 liters per capita. This is amongst the highest consumption levels of the soda drinks globally, and the causes are good lifestyles, a stable economy, and low unemployment rates that give people the discretionary income to purchase them. But the more recent reports have suggested an increase in health hazards in the country as a result. Chilean people are mostly fond of the Coca-Cola products.

Americans are one of the largest consumers of the soda drinks in the world because of their modern lifestyle and relatively high incomes. It is found that 154 liters per capita in consumption is being seen among them. This has paved the way for many health ailments for Americans, and even the soda taxes have proved to be a failure in some American towns. It is said in the reports that nearly 1 person out of 5 have a soda every day there, which has posed an alarming situation in the country. The researchers have found that they are often either suffering from blood sugar, obesity, or dental problems, or a combination of these on the whole.

The soda palate in Argentina tops the chart, as the annual consumption there is nearly 155 liters per capita. The soft drinks are mostly in demand amongst the people because of higher incomes and warm climatic conditions. The higher intakes have actually worried the health officials because the Argentinean population has become more prone to health risks. Though the natives have not reached the level of Mexicans in soda consumption-related diseases, they are not very far behind them today.