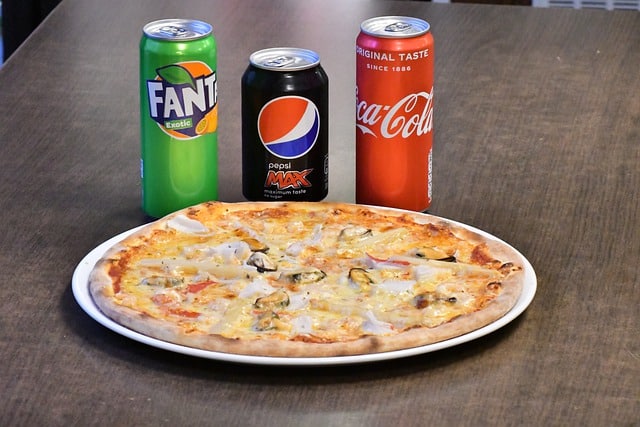 This article was published in Tasting Table.com

When people open a bottle of fruity Fanta, they savor the bubbly, flavorful soft drink that is so widely popular it is sold in 188 markets around the world. Today, the beverage comes in a variety of thirst-quenching flavors such as Pineapple, Orange, Piña Colada, and the limited-time flavor of Dragon Fruit. Fanta has developed a reputation as a fun, intensely flavorful beverage to be enjoyed by an international consumer base. Business Insider describes Fanta as a colorful product marketed as a “multicultural” brand that is “fun-loving.”

However, what many of its international consumers likely do not know is the origin of Fanta. As the second-oldest brand of the iconic Coca-Cola Company, Fanta quickly gained popularity in Germany at a time when the world was about to enter a global war.

In the beginning, Fanta was created as a way to continue Coca-Cola sales in Germany when its traditional ingredients were not obtainable due to World War II, as recounted in “Secret Formula: The Inside Story of How Coca-Cola Became the Best-Known Brand in the World” by Frederick Allen.

A wartime soft drink made from leftovers

When the Third Reich and Adolf Hitler rose to power during the 1930s, Coca-Cola’s sales were also growing in Germany. Business Insider reports that this rise, despite Coca-Cola being an American company, was attributed to its marketing as a beverage for the “hardworking people” of Germany. In the 1940s, businessman Max Keith was put in charge of Coca-Cola’s properties in European countries occupied by the German government. Shortly afterward, as Allen wrote in “Secret Formula,” Keith started to sell a new soft drink called Fanta when he couldn’t get the ingredients for Coca-Cola.

In an attempt to make a similarly caffeinated beverage to Coca-Cola, Keith worked with scientists to create a new drink. What they came up with was a beverage whose ingredients consisted of used leftover fruit shavings, mash from apple cider presses, and the milk byproduct whey, according to Gastro Obscura.

Fanta “was made from the leftovers of the leftovers,” Keith is quoted as saying in “Fizz: How Soda Shook Up the World” by Tristan Donovan. The name Fanta was inspired by Keith, who asked his staff to “explore their fantasies while inventing a new name, and the drink was christened … Fanta,” according to Business Insider. “The name was a hit”

During its early days, Fanta certainly wasn’t the fruity concoction the world has come to love. However, at the time, it was a beverage the people of Germany adored. In an ad depicting a joyful woman drinking Fanta, the beverage was compared to refreshing lemonade. Soon, as Donovan writes, it had saved the business.

While Fanta may have been created and risen in popularity during a time when Nazi Germany was at war with the U.S. and its allies, its creator never joined the Nazi party. Mark Pendergrast, the author of “For God, Country, and Coca-Cola,” reinforced in his writing that Keith was loyal to Coca-Cola, not to Adolf Hitler. He was certainly “willing to do almost anything to keep the Coca-Cola business going, including collaborating with the Nazi government,” Pendergrast said. But “when his loyalty to Coca-Cola came under fire, Keith proved himself willing to die for his drink rather than submit to the Nazis.”

Allen wrote that after the war when an investigation of Keith’s management of Coca-Cola products was conducted, it was determined that he had no personal affiliations with the Nazis. Because of this commitment, Keith was allowed to stay with the company and eventually headed up Coca-Cola Europe. It wasn’t until the post-war years of the 1950s that Fanta became more similar to the fruity, delicious beverage people enjoy today. According to Gastro Obscura, in 1955 Coca-Cola relaunched Fanta as an orange-flavored soft drink in Italy. In 1958, it crossed the Atlantic Ocean and arrived in the United States.

While Fanta may have been developed out of necessity by a businessman who wanted to sell a sweet soft drink during wartime, it has grown into a global brand shared and enjoyed by people from all walks of life.