‘Winter is here’: And it’s all about Coffee   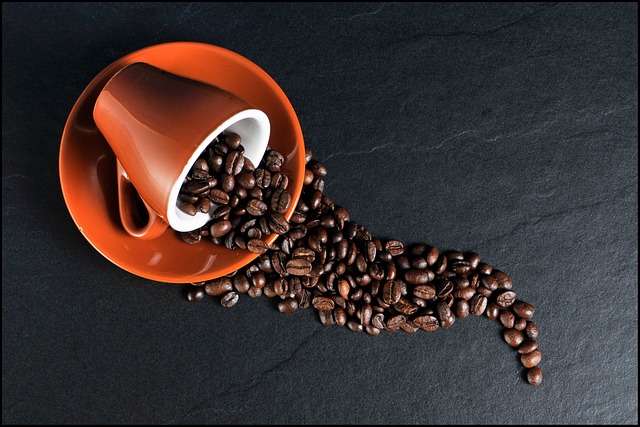 This article is published in globalvillagespace.com on 30th November 2018 by Raana Kanwal

Coffee is a brewed drink prepared from roasted coffee beans, the seeds of berries from certain Coffea species. If you want to learn more about coffee making, check out this coffee making course in London. The genus Coffea is native to tropical Africa and Madagascar, Comoros, Mauritius, and Reunion in the Indian Ocean.

The earliest credible evidence of either coffee drinking or knowledge of the coffee tree appears in the middle of the 15th century, in the Sufi monasteries of Yemen in southern Arabia. From Mocha, Yemen, coffee spread to Egypt and North Africa and by the 16th century, it had reached the rest of the Middle East, Persia and Turkey. Coffee drinking spread to Italy, then to the rest of Europe, and coffee plants were transported by the Dutch to the East Indies and to America.

Coffee makes for a great winter drink. Pour yourself a cup of hot coffee and sit beside the fire to stay warm. As you drink your coffee, you’ll feel a rush of heat surge through your body, warming you from head to toe.

Coffee usually brings to mind Italian espresso, American coffee or French cafe au lait. But few people are aware of the Muslim origins of this dark and delicious drink, which came from the highlands of Yemen and Ethiopia. During the 15th century Muslim empire, coffee houses began to appear in major Muslim cities of Makkah, Cairo, Istanbul, Baghdad and Damascus, from where the beverage found its way into Europe, leading to coffee culture.

This coffee culture, as refined in Europe, has transformed coffee houses into relaxing places of social gathering where people can enjoy a conversation, read, write, or simply spend time together. This culture, which has captivated the Europeans and Americans for long, has now found its way into Asian countries.

Coffee may have health benefits, including protecting against Parkinson’s disease, type II diabetes and liver disease, including liver cancer. Coffee also appears to improve cognitive function and decrease the risk of depression. However, the research appears to bear out some risks. There are a lot of things to like about coffee.

The most practical reason and perhaps the most popular is it keeps people awake. If you have a lot of work to do or have another reason for staying up past your bedtime, coffee can keep you awake and stimulate your brain. It’s a great beverage for keeping you on your toes.

The per capita coffee consumption in the country is less than 0.8 kg, but the cafe culture– especially in Islamabad, Lahore, and Karachi– is bound to change that number.

It calms the nerves. It sounds cliché, but it’s true. Because of its stimulating qualities, people who drink coffee are much more relaxed. Coffee makes for a great winter drink. Pour yourself a cup of hot coffee and sit beside the fire to stay warm. As you drink your coffee, you’ll feel a rush of heat surge through your body, warming you from head to toe.

Pakistan, a tea-loving country traditionally, is gladly embracing the strong aroma, bold color and rich taste of coffee. The coffee culture surfaced in Pakistan with the launch of Espresso in 2004 in Karachi, but the market really exploded when Gloria Jean’s entered the arena in 2007. The trend, however, gained momentum in 2010 when the youth took to the elegant coffee houses.

Over the years, coffee transformed from a bitter beverage consumed mainly by the elite and expats to a beverage the youth have come to brand cool. Today, one can find a good number of coffee shops in all across Islamabad where youngsters can be seen chatting, reading, working, or just chilling, giving rise to Pakistan’s own cafe culture.

The growing number of coffee shops, the obsession with social media and the endorsement of friends are some of the reasons why youths have come to prefer coffee shops over other haunts. In most cafes, a cup of coffee sells for Rs250 to Rs500, depending on the type of coffee. In Pakistan, many coffee shops now have bookcases so people can flip through books or magazines while enjoying their coffee.

The Hot Spot, which is more of an ice cream joint but also offers coffee, has a novelty bookstore called The Last Word. The latest sensation in Lahore is ‘The Cafe Upstairs’ and they too have franchised a corner of their space to ‘The Last Word’.

Islamabad is another story altogether. The capital city has a different dynamic in the coffee shops because of all the diplomats residing in the city. Local and branded coffee shops are indeed a respite for Islamabad’s growing number of foreigners who are usually coffee purists and prefer their coffee black with no added sugar, sweetener or cream. Pakistanis, however, like their coffee milky, creamy, flavored and sweet — Cappuccino, Latte or Mocha mostly.

The coffee culture surfaced in Pakistan with the launch of Espresso in 2004 in Karachi, but the market really exploded when Gloria Jean’s entered the arena in 2007.

While Lahore and Karachi’s love for coffee houses is appreciated and their starkly different usage for such places understood, we still hope that coffee houses also develop certain quieter spaces for those writers, students or introverts who like to get away from their homes every now and then, just to have a coffee, read a book, without the usual hustle bustle or the judgmental looks.

The per capita coffee consumption in the country is less than 0.8 kg, but the cafe culture– especially in Islamabad, Lahore, and Karachi– is bound to change that number. There is a now a consensus that coffee is more than just a drink: It’s a culture, an art, and a passion.

Coffee is a good social drink. If you want to be social, grab a cup of coffee. It will loosen you up and get you relaxed.